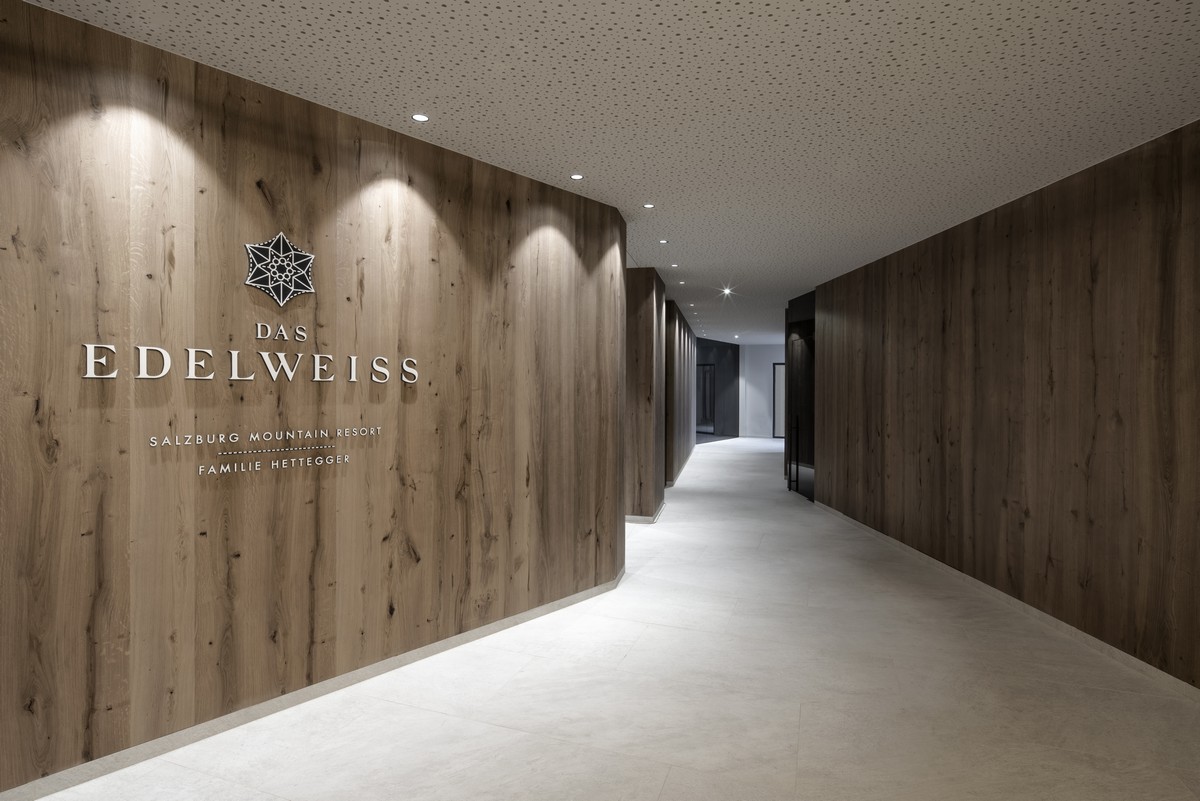 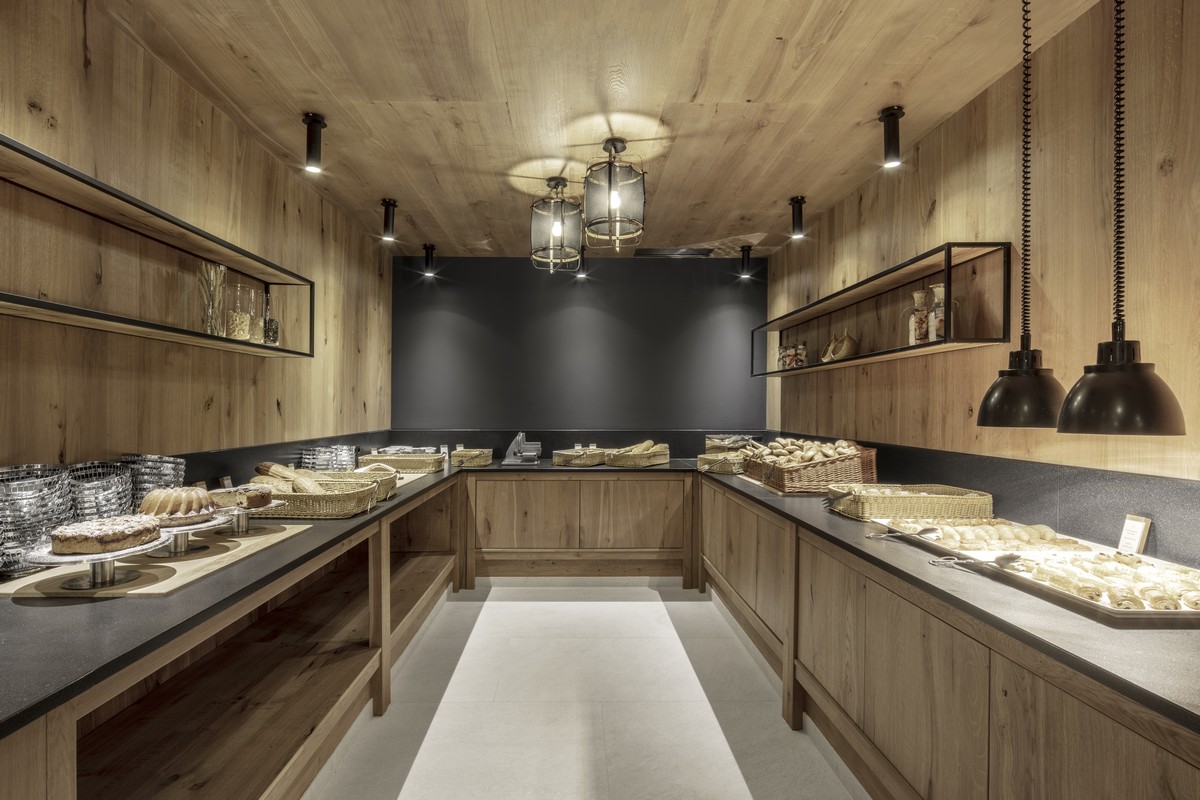 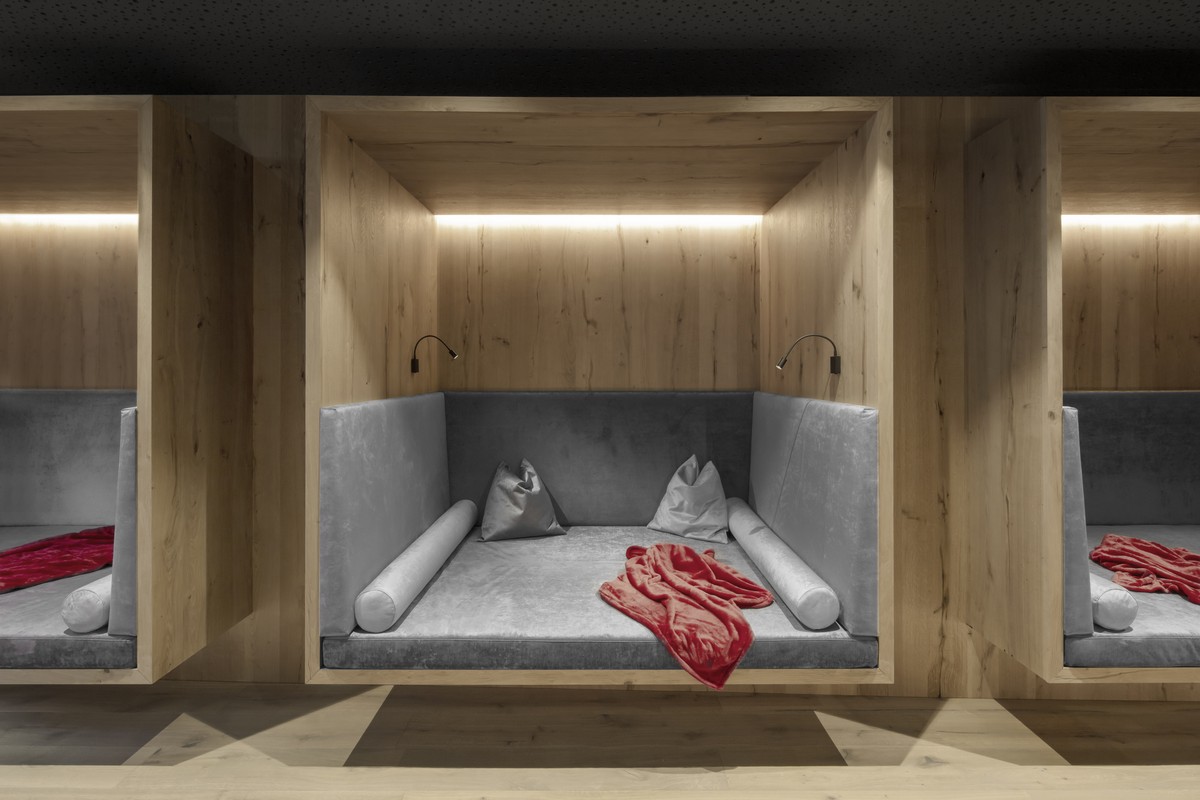 The europlac company, based in Tettnang and with its production location in the Slovakian town of Topolcany, has given the four-star superior “DAS EDELWEISS” hotel near Salzburg a completely new appearance. More than 7,000 square metres of veneer panels made of cracked oak now make the decisive difference in the interior.  Pay attention all nature lovers with particularly high standards: The “DAS EDELWEISS” hotel near Salzburg shines with a new and at the same time natural gloss, thanks to the use of the best available veneer. More than 7,000 square metres of panels veneered with cracked oak were installed all over the building by four different joinery firms. Different substrate materials were used depending on the intended purpose. “In the guesthouse, now fitted out with the best the tree has to offer, tradition and modern architecture merge with each other harmoniously. The combination of the unique natural material veneer and the modern interior of the hotel creates a unique atmosphere, which not only enthuses nature lovers”, Ursula Geismann, Secretary of Initiative Furnier + Natur (IFN), was pleased to say about the interesting veneer product and added: “Veneer is used often and gladly by the experts of different trades and professions and so great results are achieved. We are very pleased that this project has received so much attention and positive response.” IFN/DS  Initiative Furnier + Natur (IFN) Initiative Furnier + Natur (IFN) e.V. was founded in 1996 by the German veneer industry and its partners. The purpose of the association based in Bad Honnef is to promote veneer as a material. It is funded and supported by European companies in the veneer industry, trade and the veneer processing industry as well as professional associations of the timber industry.  Photo 1: Pure nature: veneer on the walls. Photo: IFN/europlac  Photo 2: Veneer was also used here. Photo: IFN/europlac

If you have any questions, just call our service hotline

This Service from europlac makes it possible to check the status of your order. Please fill in your email address and the number of your order confirmation.